From Halachipedia
(Redirected from Sanctifying Shabbat) 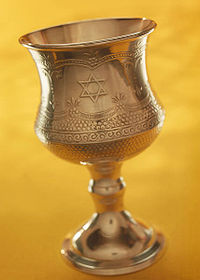