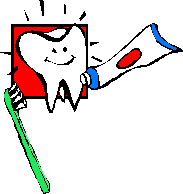 The Mishnah is Shabbat (73a) lists Memachaik as one of the avot melacha-scraping, removing a surface to leave a smooth remainder (sandpaper, scraping hairs off a piece of leather to make it smooth) Mimareach-smoothing not by eliminating surface, but by spreading something over the surface.[1]

The toothpaste becoming a foamy, more fluid liquid maybe a problem of molid. This problem is raised based on Rashi(Shabbat 51a)which says its asur to squeeze or crush ice on Shabbat because of molid.[9] Shulchan Aruch however holds like the Rambam saying squeezing ice is asur because it looks like squeezing fruit which falls under the category of sechita.[10]

Rav Moshe Yonah Halevi Zweig raises the issue that it may be refuah on Shabbat. This is based on the Rambam who says that if you put a certain liquid in your mouth, it is prohibited to put it in if you have intention to heal, but if your intention is just for your breath then its ok. He says, that maybe since there's flouride and the brushing strengthens your teeth it may be asur. Rav Ovadia rejects this and says even if the toothpaste has flouride because even healthy people brush their teeth daily, and the gezeira of refuah doesn't apply to preventative refuah.[14]

Gemara (Shabbat 128b) says there’s no sechita in hair since it doesn’t absorb. Rambam (Shabbat 9:11) paskins like this. However, the Maggid mishnah there says he still holds its asur derabbanan.[15]

There is no clear definition of what uvdin dichol is. However, Rav Shlomo Zalman defines it as if you do something during the week that would be assur on Shabbat and then on Shabbat do the same actions with the same objects just a little differently.[21] Rav Moshe defines it as something that is an easily recognizable weekday activity even if it requires no melachot to be done.[22] Mishna Brurah (314:41) says that to use a vegetable grinder to grind eggs or cheese would be uvdin dichol. He also says in (303:87) that you can't use a comb even to lightly brush your hair to one side, but instead should get a special brush for Shabbat with soft bristles so its not uvdin dichol.

Minchat Yitzchak 3:50 and Rav Ovadia say that this would be a problem unless a special toothbrush is used.[23] Rav Schachter said intuitively he feels there’s no problem of uvdin dichol with brushing teeth.[24]

Brushing your teeth can cause the gums to bleed which is asur under the melacha of shochet.[25]

Gemara Shabbat (118a) says you can wash dinner and lunch dishes because you need it for the next meal, but you can’t wash dishes from seudat shlishit because that’s preparing for after Shabbat.[27]