From Halachipedia
(Redirected from Carrying on Shabbat)

One of the 39 Melachot which one is prohibited to do on Shabbat is Hotzah, carrying from one domain to another. In general, one may not carry from a public domain to a private one, or visa versa. Additionally, one may not carry 4 amot in a public domain.[1] The definition of these domains and the exceptions under which a person may carry are described below. For a broader perspective about carrying on Shabbat and the modern Eruv, see our Introduction to the Modern Eruv. Regarding wearing a protective mask outside without an Eruv see Halachot_Related_to_Coronavirus#Eruv_Tavshilin_and_Eruv_Chatzerot.

Definition of the 4 domains

Moving a Key in an Entranceway

Summary of Dispute Between Mishkenot Yakov and Bet Efraim 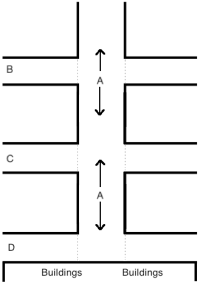 Where is it forbidden to carry?

Defining the act of carrying

What is considered a garment?