From Halachipedia
(Redirected from Balls and games)

The essence of enjoying Shabbat is spiritual and at the same time should be pleasurable for every individual. It is for this reason that adults (anyone above Bar or Bat Mitzvah) should desist from games on Shabbat.[1] Children may play games but should be careful with which games they play. For further elaboration of this point, see the discussion page.

Games Which Are Muktzeh

Children Under the age of Bar/Bat Mitzvah 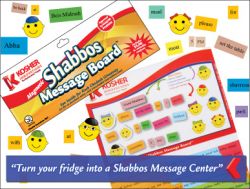 Playing with a Ball

Are Balls and Games Muktzeh?