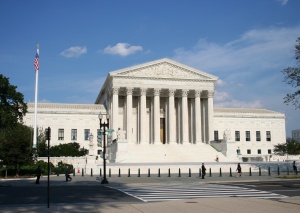 Supreme Court of the United States Building, Washington, DC, as seen from the west side of 1st St NE. (Courtesy of Wikipedia)

The Torah has poignantly unforgiving words for those who abandon its lofty and complete system of resolving monetary disputes judged by Divinely assisted judges in favor of civil or secular courts. The prohibition applies even if both parties agree to bring their case to a civil court.[1] Similarly, the prohibition applies even if the non-Jewish justices reach the same conclusion as a Jewish court would.[2]

The Gravity of Taking Another Jew to Secular/Civil Court