From Halachipedia
(Redirected from If Purim Falls out on Sunday) 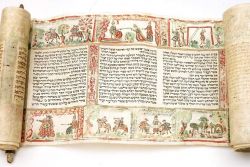