Our goal is to create the greatest, most useful, and readily available resource for Halacha on the web. Our intentions are leshem shamayim. We aim to police the site to keep contributions true to torah misinai. We envision that an undertaking this massive would only be done as a joint effort by klal yisroel, hence we chose to use the open code wiki platform. Obviously open code can be misused. Please help us in the effort. This project can use lots of help. If you have time to volunteer towards populating, cleaning or checking references, please contact us at support@halachipedia.com. Note this is not the same as Halachapedia.

This is not a place for your opinion

Halacha is a production of a very long and serious process. Being involved in the process requires work but much more importantly requires a proper attitude towards Halacha. Someone who is filled with the appropriate fear of heaven and serious study is capable of actually learning a halachic topic from the background of the gemaras through the Rishonim, Shulchan Aruch, and Achronim until the lastest Achronim. After completing serious study, then, it’s worthy to try understanding certain opinions and halachas and if need be ask additional questions (after serious thought). Nonetheless, under no circumstances should someone in this situation come to the conclusion that a certain opinion is incorrect and should be discarded. Only a posek who is certified from reliable and reputable Rabbis with Semicha, can come to a halachic decision after arduous study of the topic (as described). Even so, a posek is only able to come to a decision for himself or a questioner (see Choosing a posek) and a single pesak does not clarify the ultimate halacha objectively. Therefore, if an individual feels that he has a opinion on the matter, halachipedia is not the place; if you’re a qualified posek please write it down for yourself and those who ask you, if you’re not a posek, please write down your question and hold onto it until one finds a satisfying resolution either by learning the topic or through inquiring a qualified posek.

"Ask your local Orthodox Rabbi" is a common phrase but doesn’t mean that you need to find a posek, usually it means that you need to find a competent Rabbi that will be able to find the relevant established opinions and judge the situation appropriately. If it’s an intricate question which one already investigated and concluded that this question has not been addressed previously, then either go to the posek which you have totally accepted or go to a local Rabbi who will suggest a resolution or refer a specific posek.

Halachipedia is not a posek

Halachipedia's role is to collect and organize halacha as accurately as possible. Halachipedia in no way means nor should be involved in arbitrating between accepted opinions of halacha. Therefore, regarding any dispute in Halacha, even if Halachipedia reaches a point where it has amassed a great deal of sources and opinions, the bottom line of Halachipedia will remain double sided. Nonetheless, there are many ways to portray a given halachic dispute, and examples include:

Because of the complexity of each issue the editor should use the accurate description of the dispute and not be biased in presenting the information. In deciding about how to present the dispute, it's very helpful to see how other books which summarize halacha phrase it. If you find that one of the presentations is inaccurate please correct it or report it.

A possible argument against Halachipedia

One of the main concerns about Halachipedia is that it threatens asking the local Rabbi. However, after thinking through the issue, the challenge can be addressed adequately. A very common misconception is that any question about how to act in a certain situation requires a pesak from a certified posek and anyone who tries to find the halacha autonomously is arrogant and mistaken. However, one should notice that halacha is a process which has developed over time and there has been two main streams of halachic literature. The essence of Halacha is the body of literature, spanning from the Gemara to achronim, comprised of books that are devoted to clarifying and organizing halacha. Over the centuries, communities and even the whole of the Jewish people have accepted certain books as more authoritative. Determining which books are definitive is not a science yet certainly is not guesswork. Practically speaking certain books that are widely accepted become accepted practice (Minhag) of a group, community, sect, and sometimes all of the Jewish people. Therefore, if someone asks whether I can light a fire on Shabbat I don’t need a posek I just tell him that it's forbidden, it’s obvious, it’s a פסוק in the Torah! Similarly, many opinions permit relaying the rulings of Shulchan Aruch as is because of how widely accepted the opinion of Shulchan Aruch has become. Similarly, the Mishna Brurah is one of the most widely accepted books among Ashkenazim, the Shulchan Aruch HaRav among Chasidim, and occasionally the Ben Ish Chai or Yalkut Yosef among Sephardim. Without a doubt each of the above do not have the a monopoly on halacha and there are countless opinions that could be considered in any ordinary halacha. Nonetheless, relaying the opinions of established authorities is not considered pesak, it’s just called finding the appropriate page to answer your question. In learning halacha, it’s clear that a person does not need Semicha or ordination in order to collect opinions on an issue and even to a certain extent find some conclusion. Nonetheless, it’s certainly not the job of Halachipedia to arbitrate between the major opinions of our day and all the more so to arbitrate between the authorities of old, but rather it’s to collect the relevant modern day opinions which are most widely accepted, organize them, and allow the public to gain significantly in Torah and halacha. Yehe Ratzon Milfanecha that all those who put effort into this site with a pure heart be blessed with continued success in learning, and merit to reap the benefit of their labor in the world to come.

One should notice that halacha is a process which has developed over time and there’s been two main streams of halachic literature. The vast majority of halacha is found in books devoted to clarifying and organizing halacha and the other major group of primary sources are Responsa. In our day and age a third type of halachic source has become much more popular and that’s oral rulings. (It’s probably so popular because of the impulse we have in our generation to find immediate answers which are clear and definitive.) However, it’s very important to notice that in regards to the last group there’s minimization of the proper learning and in-depth understanding of the halacha and a maximization of the name and numbers of opinions. Besides the accuracy of many of these rulings, because of the lack of primary sources and connection to the process, use of these sources are discouraged. Nonetheless, in a day and age when there’s an abundance of such rulings available these rulings shouldn’t be ignored but rather gathered and coupled with a background of real primary sources that stem from studying the topic thoroughly. Furthermore, based on some of the above and other practical concerns, Halachipedia gives less credence and value to such oral rulings that are not documented in published articles or books.

Even if there’s difficulties it's crucial to realize one’s shortcomings and at the same time view the halacha in great esteem and importance even in situations where one will not be able to keep the law. Almost every situation is an ordeal that's within one’s free will and very possible to follow the law. A God-fearing Jew should continuously work to try to achieve an uncompromising attitude towards Halacha even if the road to observance is difficult and long.

If one realizes that one has made a mistake, no matter how bad it may be and no matter the length of time one has been erring don't despair because everyone sins and everyone can repent and be forgiven completely. Don’t dare disparage a halacha as impractical or archaic.

Inspiration can be drawn from halacha’s overwhelming nature because of the opportunity it offers to overcome one's natural instinct and follow the will of the Creator.

We don’t serve Shulchan Aruch, we serve Hashem. One's intent should always be focused on serving Hashem's will and bringing one's self closer in a spiritual sense to Him.

Romanization of Hebrew (by HachamS)

This issue is troublesome because there is no universally-accepted method. For a brief introduction to the topic there is an article in wikipedia called Romanization of Hebrew. Of the various options, we have chosen to use the "Common Israeli" version, except that the 8th Hebrew letter should be denoted by 'ch'. While this represents the official recommendation of the site, we realize that there are often numerous variations in spelling, some more common than others. We hope to list such spellings at the bottom of the given synonymous page, and to create a redirect page accordingly, and we encourage your help in this regard. 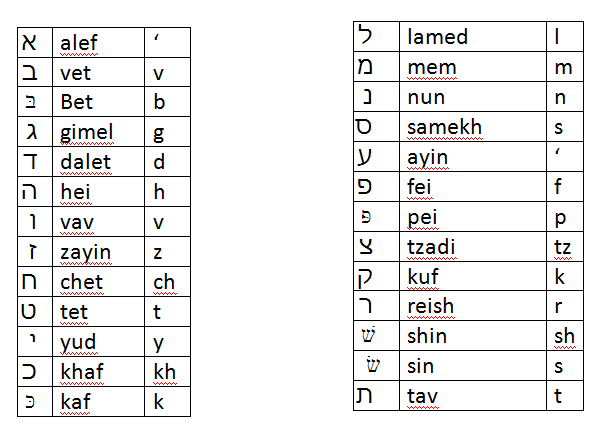 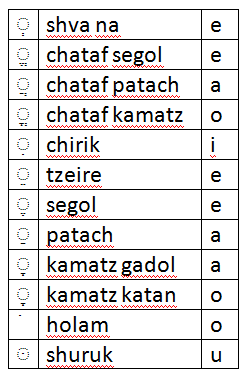