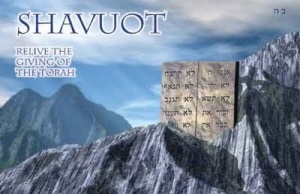 Decorating the Shul for Shavuot

Both Meals or One Meal

In a Bread Meal

Practices How to Have Dairy and Meat on Shavuot

Starting Early on the Second Night

As previously mentioned, many have the custom to stay up Shavuot night learning Torah. [39] There are several halachot that those who follow this practice should bear in mind: