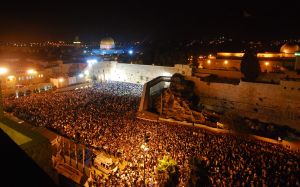 Individuals Who Have Trouble Waking Up for Selichot